Ian Kemp, Peter Carter and Dave Rolfe fitted two oil filter housings to the power unit,  and cut down a spare to make a further shallow one (which Dave welded up), so they can pump oil round the power unit when we get to that stage. I fitted three cubicle doors I had left to dry last work party, cleaned two large ones and topcoated three others that I had previously undercoated. Wes Needle was busy searching through our stores for various components for the cabs of Repulse. Some pipework was removed from 50037's cab. He took home most of these parts to be repaired in the same way as the horn valves. He also measured up the droplight gutters, which he will have to fabricate as the original ones are rotten. Lastly he measured up the broken pipe bracket behind the desk and found a suitable piece of metal, to make a replacement, from our scrap metal skip. Phil Casey had returned the previous Sunday, and had completed priming the cab roof of 50037, and top-coated the multi-working sockets. Long-time original member Richard Johnson visited with his family, and I showed him round Repulse after Ian had explained what they are doing to the power unit.​

A contract welder, from Weldcare of Beeston near Nottingham came to see the locomotives today. I showed him the bodywork areas that need attention, which are tricky areas such as under the headcode box and the gutters at cantrail level, and he indicated they may be able to repair them for us.  We await a formal quotation from them as they are often prepared to do work for preservationists at or near cost price.​ 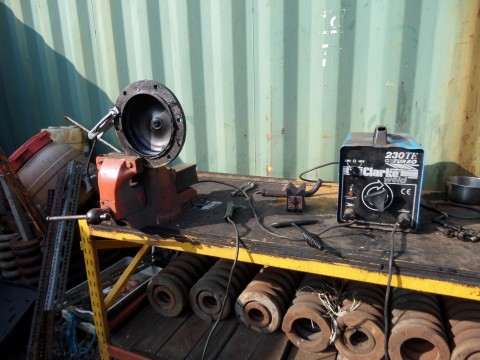 This is a temporary cut-down spare engine oil filter housing we made because the current supports for our spare power unit won't allow a full size housing to fit in some places, but we need to complete the oil circuit in order to start pumping lubrication oil around the power unit. 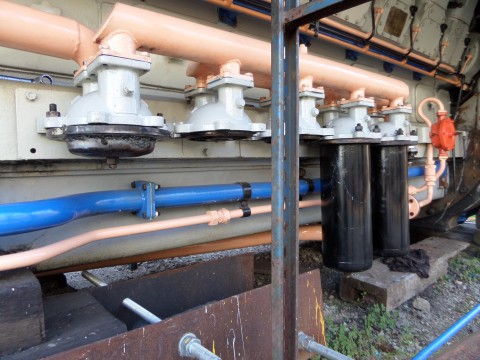 Why we need to install the shallow dummy oil filter housing for now - the framework for the power unit supports block the full size versions seen on the right of this picture.  We want to temporarily complete the oil circuit and this is a way around the problem until the PU is ready to be installed. 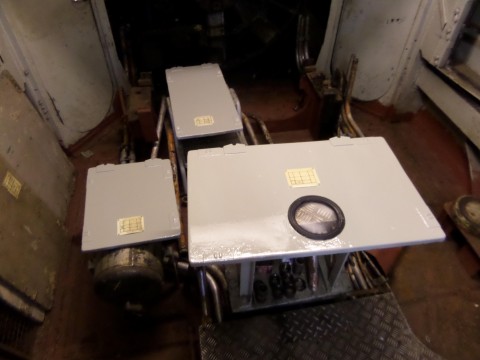 Newly painted doors to be hung on the electrical cubicle in 50030 at an appropriate point in time.