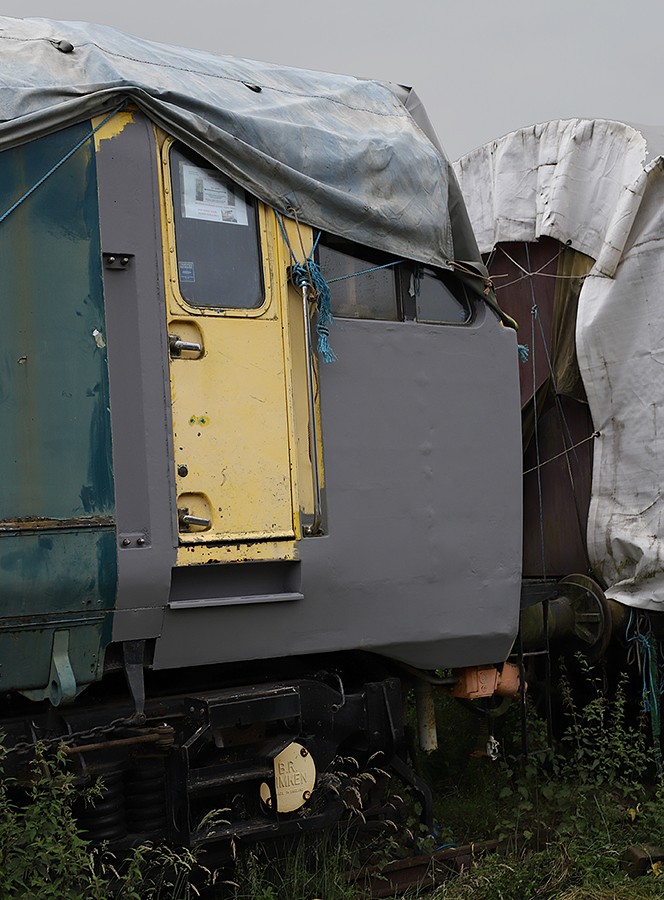 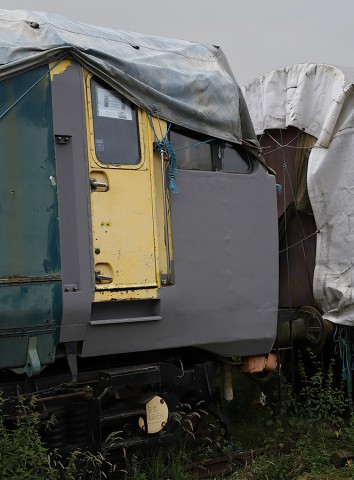 50030 no 2 end secondman's side, which Mark and Robert Burrows flatted down and painted in primer.

​Following our first working party after the enforced COVID shutdown on the 27th and 28th June, we held our second pair of working parties on the 4th and 5th July.

Dave Rolfe, my son Robert and I attended site on the Saturday, and Dave was also there part of Sunday. Dave pumped oil round the ex-50008 engine on both days and barred it over. He also properly refitted the ETH socket to No 1 end of 50030 and connected the internal earth wire. This was quite a fiddly job. Dave has also removed the handrails from the driver's side of No 2 end, and identified some areas that will need replating. Dave also did a significant amount of gardening as the area at the back of 50030 resembled a jungle!

Robert and I continued working on the secondman's side of No 2 end. This was one of the better cab sides which we haven't any immediate plans to have replated, as such Robert and I flatted it down, filled a few minor rusty blemishes and gave it a coat of primer, as seen in the picture accompanying this entry. It still needs some further filling and flatting, our plan is to do a bit more preparation on the secondman's side and then move around to the front of the locomotive next time.

Ian the welding contractor returned to our site at Rowsley the following weekend, his immediate focus was the replacement of the gutters and the very rusty area between the headcode box and windscreens at both ends of 50030. Once the gutter areas have been completed, Ian is going to replate some of the other areas that are in a bad way, which includes the area above the recessed footstep on both sides of No 2 end which need cutting out and replating, which is why Robert and I left that area. The gallery below shows the results of Ian's work on the headcode box and cab footsteps. 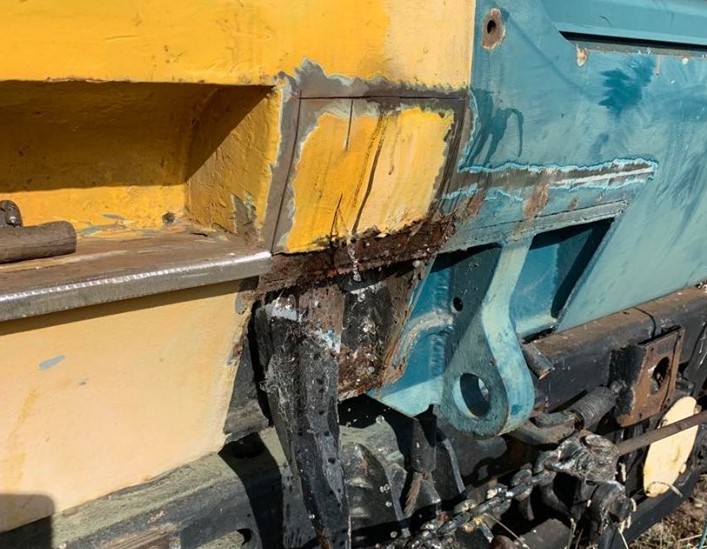 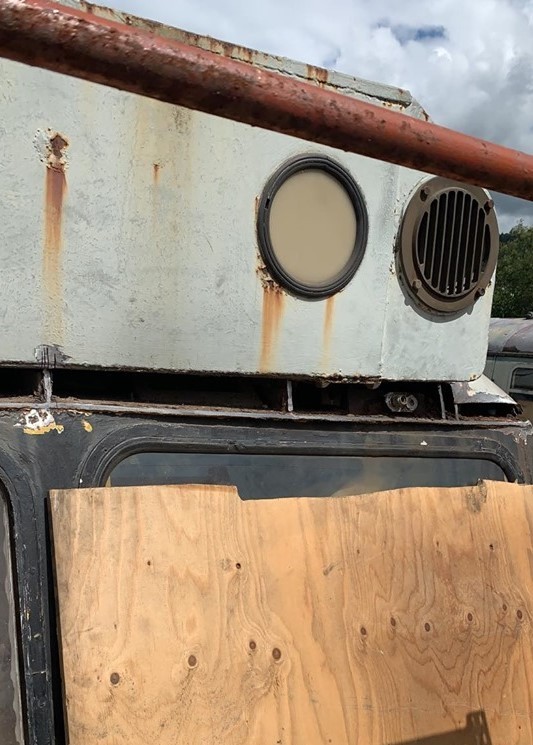 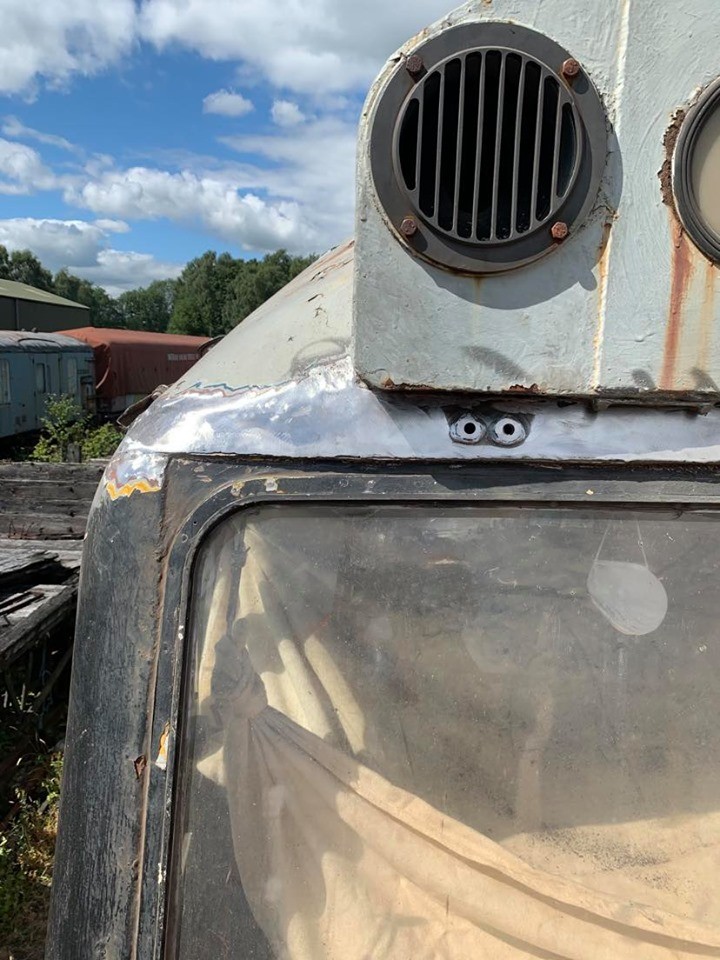 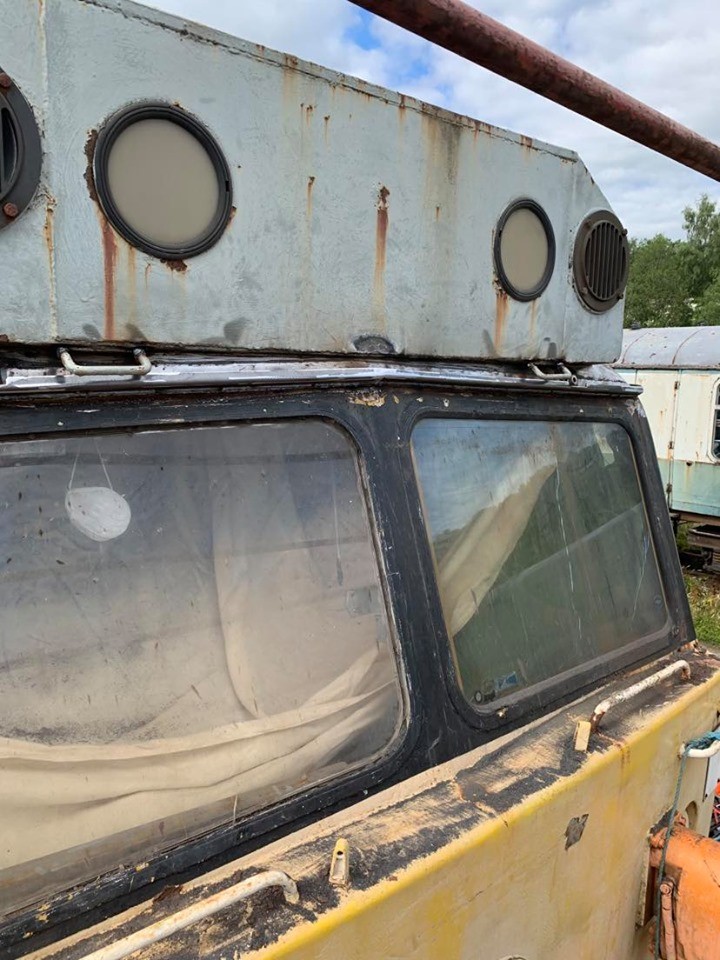 In conjunction with all of this, we have resumed work on the planned power unit lift which we had planned for this year before the lockdown struck. We have made arrangements for the power unit lifting beam owned by our friends at the Class 50 Alliance and currently on loan to the Devon Diesels Society for the power unit lift on 50002 Superb, to be collected from Devon on Friday 24th July and delivered to our Rowsley base. We will then plan for the lift itself to happen this summer, with the extensive groundwork we have already carried out coming into its own.