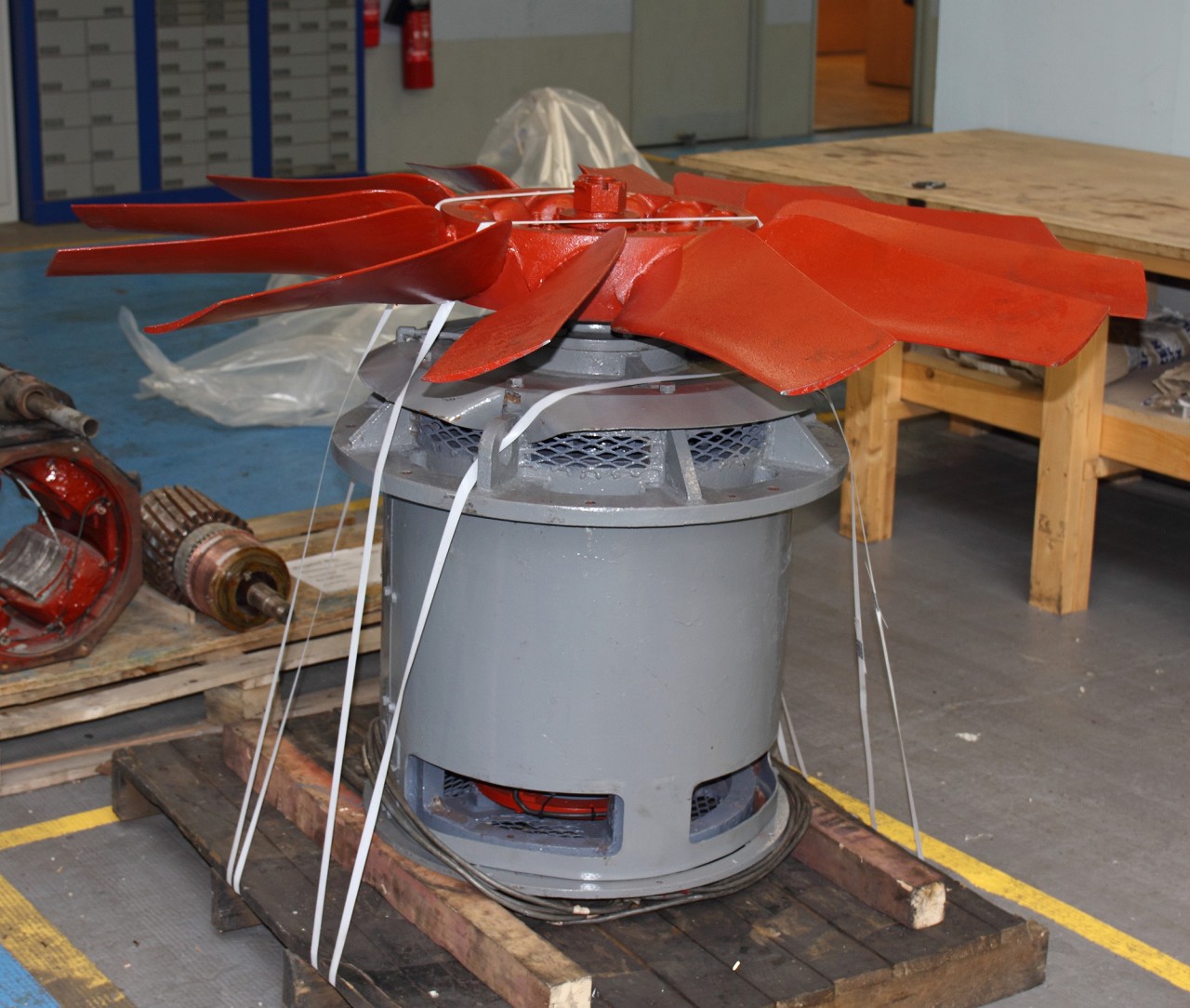 This post is to continue from the previous article rounding up the progress RRRG has made in the first half of 2017.

As we had lifted the radiator fan and its motor out of 50030 in order to remove the radiators themselves for overhaul, it seemed a good idea to get this sent off for overhaul at the same time as the radiators were being done - even if it did mean more punishment for our bank account! The fan motor out of 50030 was chosen as being the best of the ones we had available (the others being a spare we recovered from the Pontypool and Blaenavon Railway at around the same time as we originally bought 50029 and 50030 way back in 2002, plus the one in 50029 but given the effort required to remove the fan motor from 50030 we quickly decided it was best just to leave 50029's alone for now). The motor was tired but serviceable, however we have a policy of fully refurbishing as many parts as we can for use in 50030 such that, when complete, the locomotive will have a very long and reliable career in preservation. We think the "before and after" gallery below justifies our decision, although the overhaul did cost us nearly £2100 all in. The fan motor has now been delivered to a secure, heated off site storage area until we are ready to reinstall it in 50030. 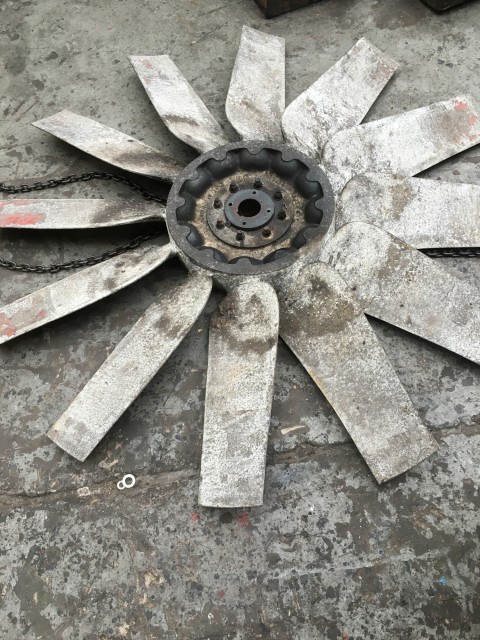 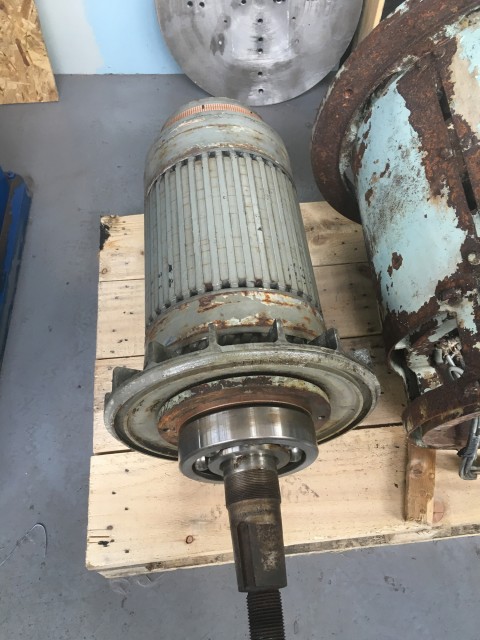 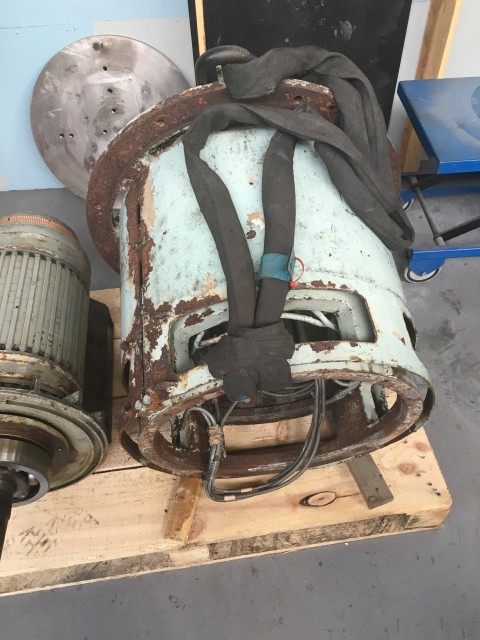 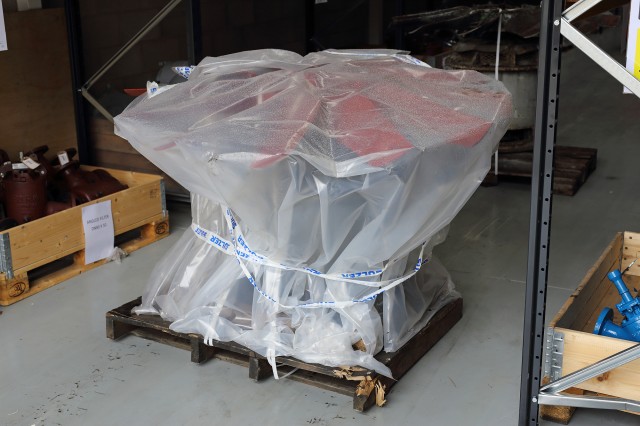 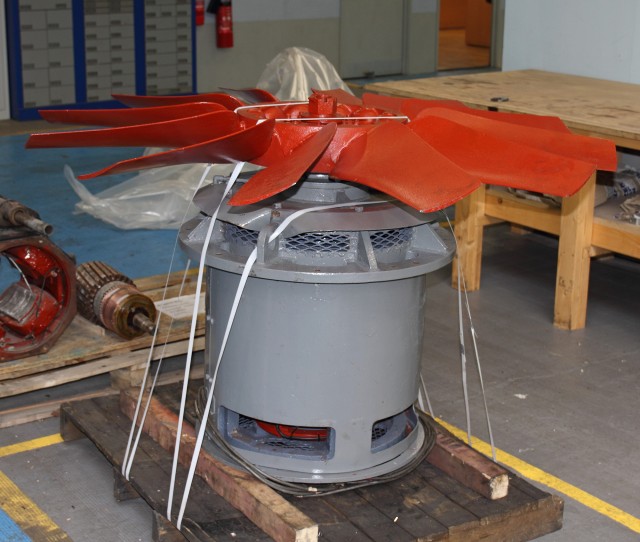 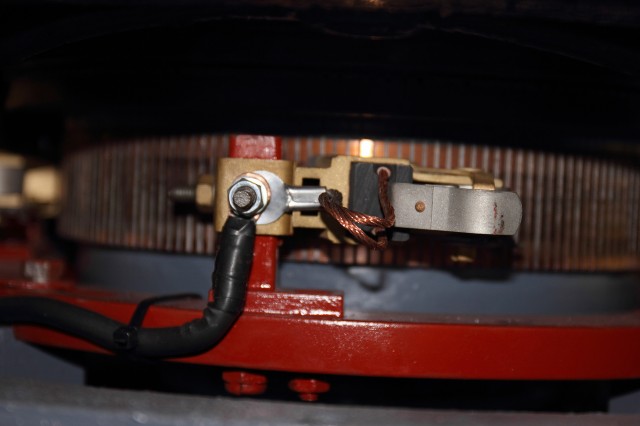 Overhaul of the radiators, radiator fan motor and transport has cost us nearly £10,000!

Can you help by joining RRRG and buying shares?

​Having discussed it amongst ourselves, our current plan is to put the radiators out of the way but still shrink wrapped, then remove the radiator roof section which has not been overhauled yet,put it on some sleepers so that this can be overhauled, and get the radiator header tank cleaned out. We intend putting a tarpaulin back over the hole supported by some pipes to ensure the radiator room is weather tight. Over the next few weeks we will also get the rest of the radiator room finished off including some sections of the walls that can't be accessed due to the roof being in place. Our aim is to continue to press on with the radiator room with the intention of arranging another hiab to put the radiators and roof section back in place in July, i.e. before winter. You can see some photos of this work in progress in a report from site from late May 2017. I've sourced most of the new pipework for the radiator drain pipes (working in the gas industry can be a useful thing for railway preservation!), we just need four short sections of ¾" pipe to weld into the floor, and four new valves. The sections of drain pipe below the floor have been cleared of the rust that was blocking them.

An unexpected bill but another completely refurbished part

Refitting the overhauled heat exchanger to the ex-50008 power unit completes the oil circuit once more and allows us to keep barring the power unit over before it is installed in 50030.

In May 2016 we discovered that the heat exchanger we purchased as part of the ex-50008 power unit (the one currently on the ground by our site which has been completely overhauled and is intended for use in 50030 in due course) was leaking internally, with oil getting into the water section. This unfortunate discovery came to light as we were attempting to pump oil around the power unit and keep barring it over. It meant time had to be taken out of the other restoration activities to completely drain the power unit of oil and remov the heat exchange, before seeking quotes for repairs.  We collected the repaired unit in April 2017 and managed to refit it within a day (as seen in the picture to the left here: this job is FAR easier when the power unit is outside the bodyshell!). This completes the oil circuit around the power unit once more and means we can refill it with oil and keep barring it over as a precautionary measure.

RRRG volunteer Wes Needle has been working to restore the cabs in 50030. Over the last couple of work parties of 2016 he made a start repairing the gutters beneath the droplight windows in number one cab. Both gutters are very badly corroded from years of rainwater flowing over them and no longer do their job. They are meant to collect rain water that has passed the droplight window seal and remove it from the cab via a small pipe which exits the cab from under the floor ,they also provide support for the droplight mechanism. It proved easier to fabricate new gutters then cut out the old ones and weld in the new ones. The second man's side is slightly easier to repair as there is a little more room to work. Two rotary light switches are required per cab and checking our stores I found that we have two good usable switches as well as a number of much poorer condition ones. These switches are surprisingly still available from the original manufacturer, but they are expensive. Last year Wes took the two worst condition switches off site to try and repair them. Stripping one of the switches unfortunately revealed that internally it was very badly corroded and beyond repair. Luckily Wes managed to buy a very similar and much cheaper switch, which is the same voltage and amperage but slightly longer with more terminals. He managed to make one good switch from the two and hopefully has enough components left over to tackle another of the poor condition switches.

Finally Storm Doris in February did her bit to cause us work by ripping two of our large heavy duty tarpaulins straight down the middle which resulted in a number of pictures appearing of the RRRG locomotives with the tarpaulins hanging down their sides. These have now been removed, but new ones will have to wait until funds have been recouped. In the last few months our sales stand has attended 14 toy fairs, and two, two day galas which along with the This email address is being protected from spambots. You need JavaScript enabled to view it. and other website sales has been helping to replenish the funds, but with the number and size of the bills received this quarter any assistance in the form of donations, memberships, share purchases or other purchases will be gratefully received.

As you've read in these two reports, the last 6 months have seen some significant steps forward for the RRRG project, with the completion of professional overhauls on the radiators, radiator fan motor and heat exchanger, but this level of professional assistance comes at a price. We are regularly asked when will 50030 be started up, to which our answer is always the same: it is totally dependent on the number of volunteers and the money coming in: This email address is being protected from spambots. You need JavaScript enabled to view it. with either is always very much appreciated.