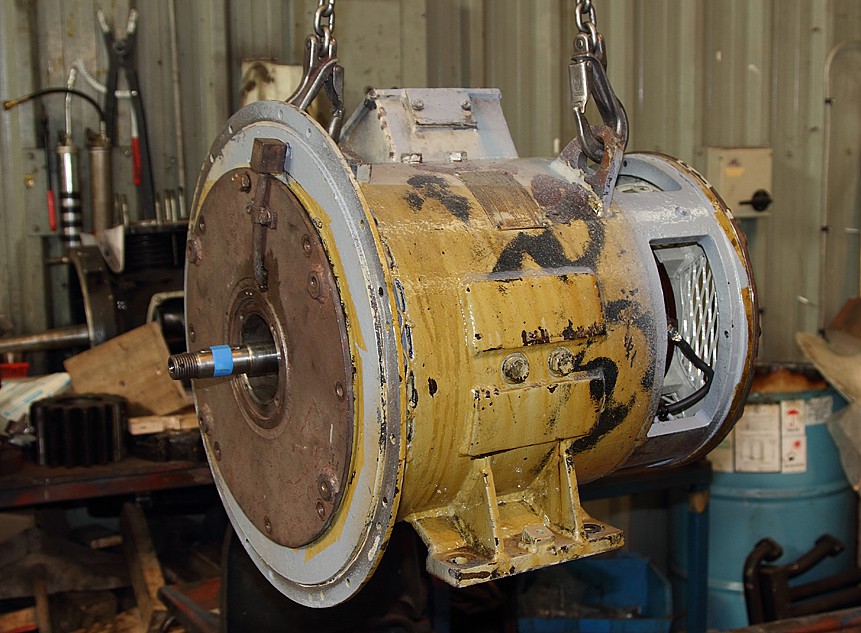 We have amassed a number of "duplicate" electrical machines over the years, partly with the intention of locating better condition items than are already inside 50029 and 50030 (the major electrical machines are intact in both locomotives but in poor condition after years of disuse) and so reduce the cost of overhauling them as well as the cost of extracting the machines from inside the locomotives in the first place.  For example, in addition to the exhausters inside 50029 and 50030, we have two others currently with our electrical contractor.  One was obtained from a scrap Class 37 at Booths and the other was purchased in almost fully overhauled condition from Unipart Rail some time ago. The latter had been in store for some considerable time and had deteriorated slightly as a result.  Both of these are now finished with the ex-Booths machine having had an oil leak repaired and the ex-Unipart motor blower having received a light overhaul to bring it up to the "as new" standard we are aiming for with our restoration project.

Each of the electrical machines we send for overhaul and refurbishment is fitted with new brush gear as illustrated in this close-up of the fan motor in the newly-overhauled traction motor blower, and the opportunity is also taken to refurbish the "snail" casing for this machine.

A full set of pictures from the visit can be found in the RRRG image gallery.