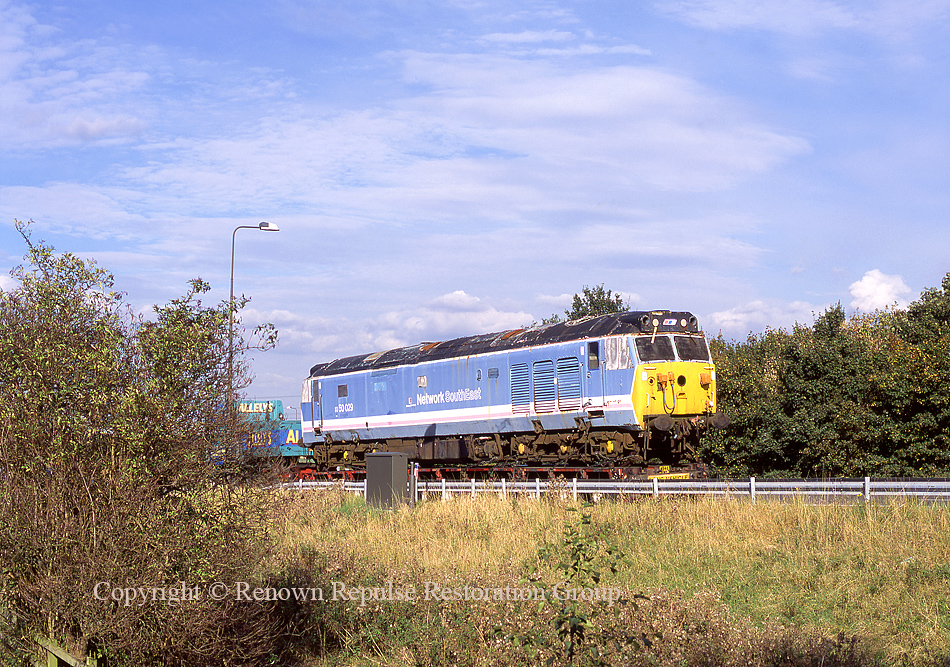 The first task faced by the group was to arrange the transport of both 50029 Renown and 50030 Repulse from Blaenavon to Rowsley. This was not a simple or cheap undertaking, involving moving two large diesel locomotives from a base up a mountain in South Wales, to a base in the middle of the Peak District. Also a condition of the purchase of the locomotives was that they were removed from site within approximately a month of purchase, although fortunately this was relaxed by the Pontypool and Blaenavon Railway, which we were very grateful for. Even so the move was still organised in a fairly short time frame and hit our fledgling bank account hard! Renown is seen here pausing on the slip road of Junction 14 of the M1 awaiting a police escort. She waited here for a few hours as the police were over-stretched that day, with a multiple accident further north on the M1, a major fire in Nottingham, and also a concert on in one of Nottingham's Parks to contend with.