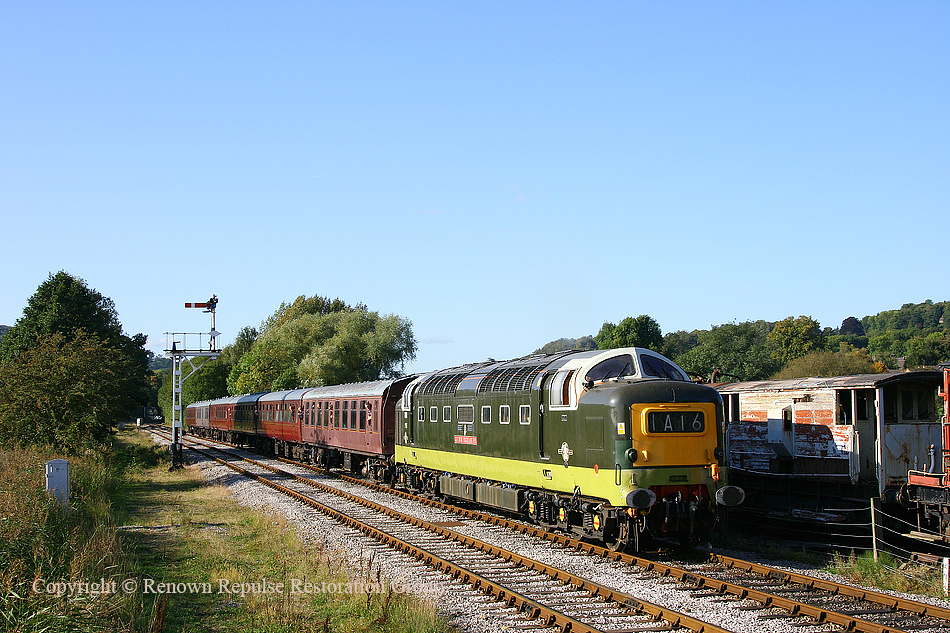 The weekend of the 27th and 28th of September 2008 was to provide a last opportunity for everyone to ride behind D9016 on Peak Rail, and at the time it was thought to be the last opportunity to ride behind the locomotive at all, as it was thought that the locomotive was destined to be broken for spares. Fortunately Gordon has lived to run another day, and is now following a period with DRS safely re-united with 55022 at the ELR. The 15.20 service from Rowsley to Matlock is seen coasting into Darley Dale, the short section of double track line making D9016 look at home. In the photographer's opinion Deltics have always been a difficult class to take pictures of in preservation as they rarely look right unless on a double track mainline (Mark Burrows). 28th September 2008.