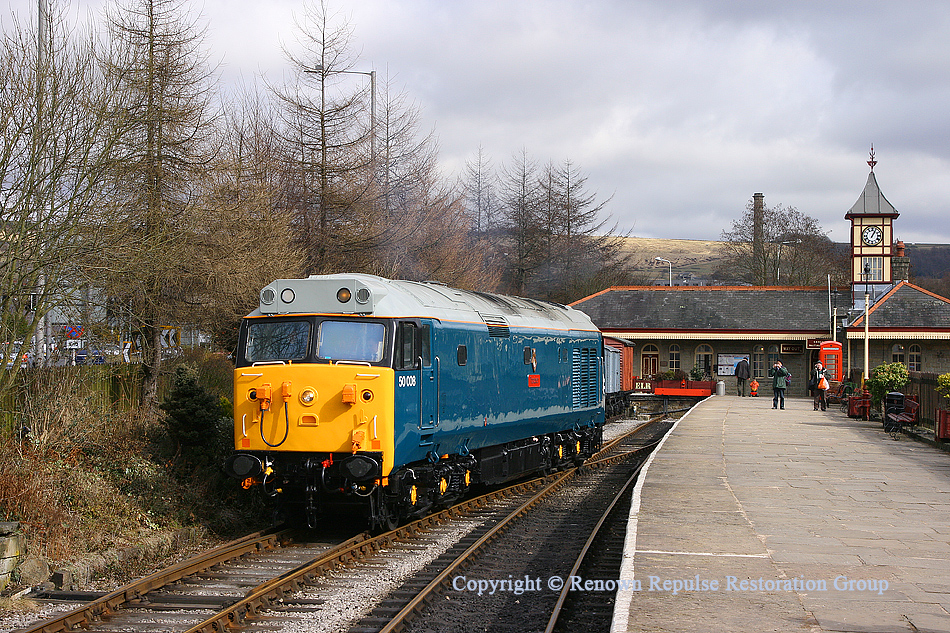 Two days before 50008's re-launch in Laira Blue at the East Lancs it is discovered Jack Frost has damaged its heat exchanger. RRRG was contacted to see if we could assist and the following morning part of 50030 was on its way North to help repair 50008. Buying shares in RRRG paid dividends for the ELR General Manager! Thunderer is seen at Rawtenstall on the 13th March 2010. Notice the lack of vacuum train brakes as the vac system was removed during the aborted overhaul of the locomotive by Sea Containers.