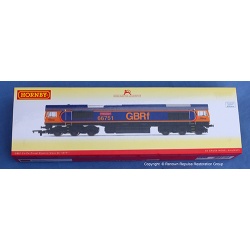 The EMD Class 66 has become the standard British railfreight locomotive of the 21st century with most operators acquiring examples. This model presents no 66751 in GB Railfreight livery typical of the contemporary rail scene. On April 27 2015 Beacon Rail/GBRf locomotive 66751 received the name Inspiration Delivered - Hitachi Rail Europe at the Rail Innovation and Development Centre, to celebrate GB Railfreight's relationship with Hitachi Rail Europe. The locomotive, formerly carrying a Beacon Rail blue livery, was repainted into the latest GB Railfreight livery and fitted with a special retractable coupler for transporting the new Hitachi Class 800 IEP trains during testing. The model is 280mm long, DCC ready (8 pin socket) and features NEM couplings with a 5 pole skew wound motor. 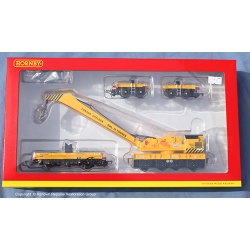 The 75 ton breakdown crane was a typical feature of the UK railway network. This model of the Cowans and Sheldon-produced version is 356mm long and is finished in departmental yellow and numbered ADRC96200. 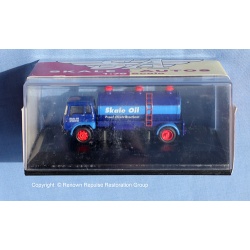 Once a common site on UK roads throughout the 1960s and 70s, the Bedford TK chassis was adapted to many applications such as this fuel oil tanker branded as "Fuel Oil Distribution". In 1:76 scale, this is ideal as a complement to add realism to a period OO gauge layout. 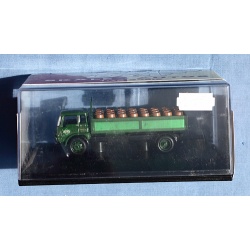 The Bedford TK was a ubiquitous mid-sized truck capable of carrying a variety of chassis configurations. This model represents the dropside truck in use as a brewery vehicle delivering barrels of cask ale, carrying the branding of SBG Ltd in green livery. A 1:76 scale model ideal for adding context to an OO gauge layout. 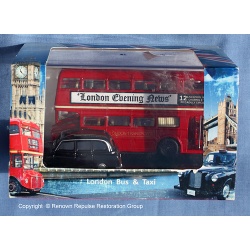 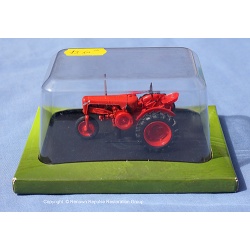 This model is produced by Universal Hobbies for the Hachette Diecast "Tractors Of The World" Part Work Series, and represents the 1953 model OTO C18R3 tractor in red at 1:43 scale. The actual model is 55mm long. Manufactured by Universal Hobbies for the Hachette Diecast "Tractors Of The World" Part Work Series, this model represents the 1930 model year Hurlimann 1K10 tractor in grey with red wheels at 1:43 scale. The actual model is 56mm long. 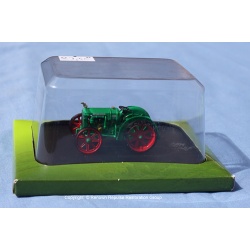 Manufactured by Universal Hobbies for the Hachette Diecast "Tractors Of The World" Part Work Series, this 1:43 scale model of the 1931 Motomeccania Balilla tractor is approximately 50mm long, in green with red wheels. 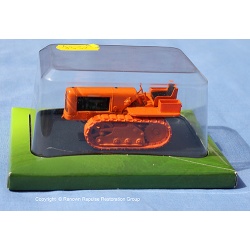 Manufactured by Universal Hobbies for the Hachette Diecast "Tractors Of The World" Part Work Series, this 1:43 scale replica of the 1948 Hotchkiss 30/40 Caterpillar tractor is finished in bright orange and is 63mm long. 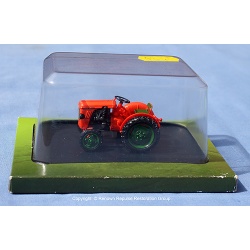 Manufactured by Universal Hobbies for the Hachette "Tractors Of The World" Part Work Series, this 1:43 recreation of the Same DA12 tractor is 43mm long and is finished in orange with green wheels.