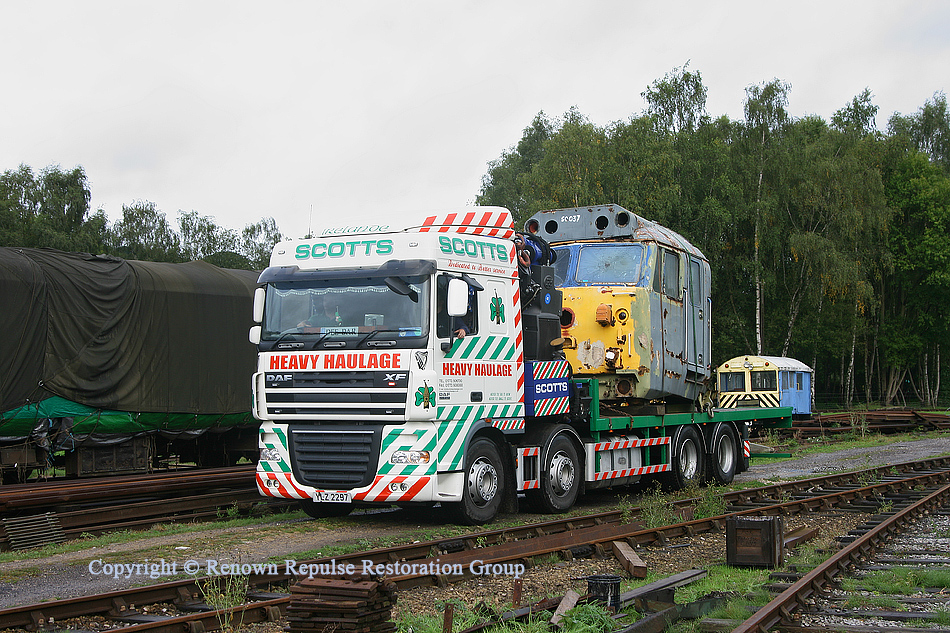 Just over 24 hours after the initial telephone call to Scotts Heavy haulage 50037's cab arrives at Rowsley, at the end of what must be one of the most hurriedly-arranged transport moves ever. We had originally intended keeping the cab at Boness for some time, but unfortunately developments at the SRPS site meant that the space the cab was standing on was required for some building works and we were asked if we could move it. As such we contacted Scotts on the 2nd to ask if they had a lorry going anywhere near Boness in the next few weeks that we could use as a back haul to keep costs down. The unexpected answer was "We've got one on it's way back from Aberdeen now, I'll just find out where he is." Followed by, "He's on the Edinburgh bypass can we collect it now?" Unfortunately this was the only lorry they had in the area for well over a month, so we had little choice but to jump to it, making hurried arrangements with the SRPS, Peak Rail, Scotts and the Class 37 Loco Group who also had some spares to come south. Fortunately with everyone's understanding and assistance the arrangements were made and the move went extremely smoothly. 11th September 2010.