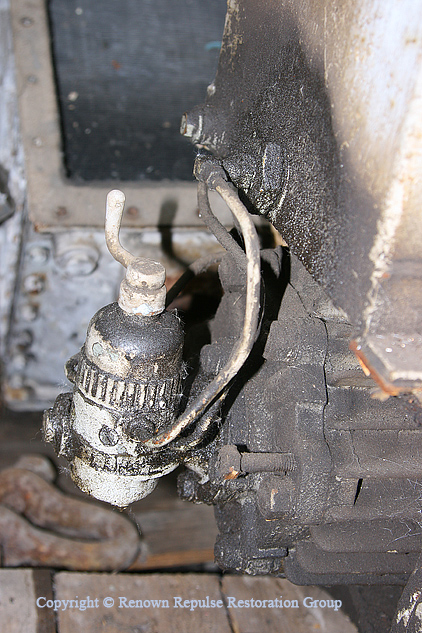 This picture shows a close-up of the small lubrication pump on the genuine ex-Class 50 spare exhauster we have. This exhauster has since been sent to Bowers for overhaul using ex-Class 37 examples (which are similar but not identical) as donor units. There are two exhausters in a Class 50 and both are still present in 50029 and 50030. Our policy for 50030 however is to restore and overhaul spare components where possible, which can then be exchanged with the components currently present on the locomotive. September 2009.