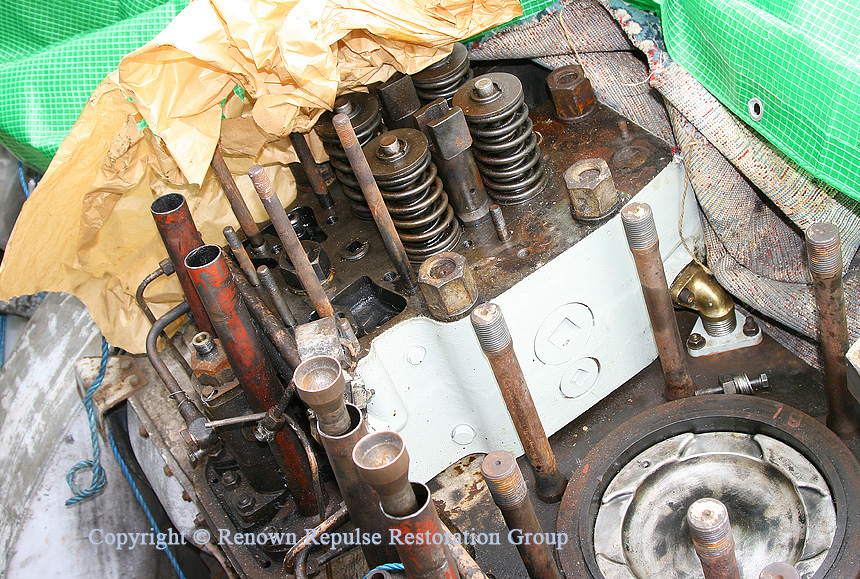 A large delivery of new engine components arrived in mid April 2009, which enabled work to continue on the overhaul of the ex-50008 power unit. This included fitting a further four overhauled pistons into their liners, along with their new piston rings, new big end bearing shells, new stretch bolts, nuts and washers and con rods and fitting further overhauled cylinder heads. The total now stood at four cylinder heads fitted and eight pistons/connecting rods. The order for the next set of new components had just been placed with European Diesels at the time of this photograph. 10th May 2009.