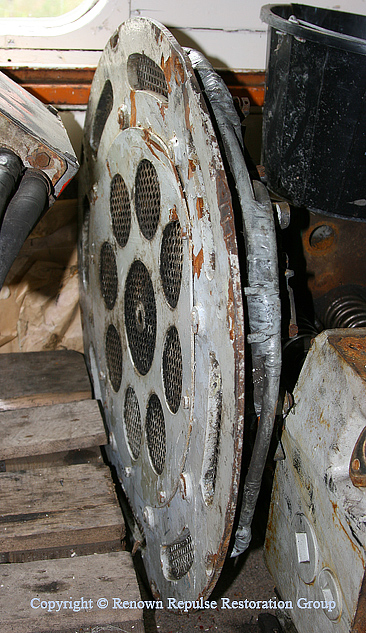 On 15th March 2010 three RRRG volunteers attended Booths again, this time to recover the auxiliary gen armature ex 37077 or 37377. Having previously undertaken this on 37293 we were well prepared and confident of success. Unfortunately those little scrapyard knocks and whacks had damaged the fixing bolts and getting the end plate off was rather troublesome. Once off the special puller borrowed from our electrical contractors made light work extracting the armature. The winding case was saved too, being good internally. For those unaware the auxiliary generators in 37s were chosen for the 50 build too. The remainder of the day was spent recovering various common parts from the bodyshells of three ex-WCRC 47s.