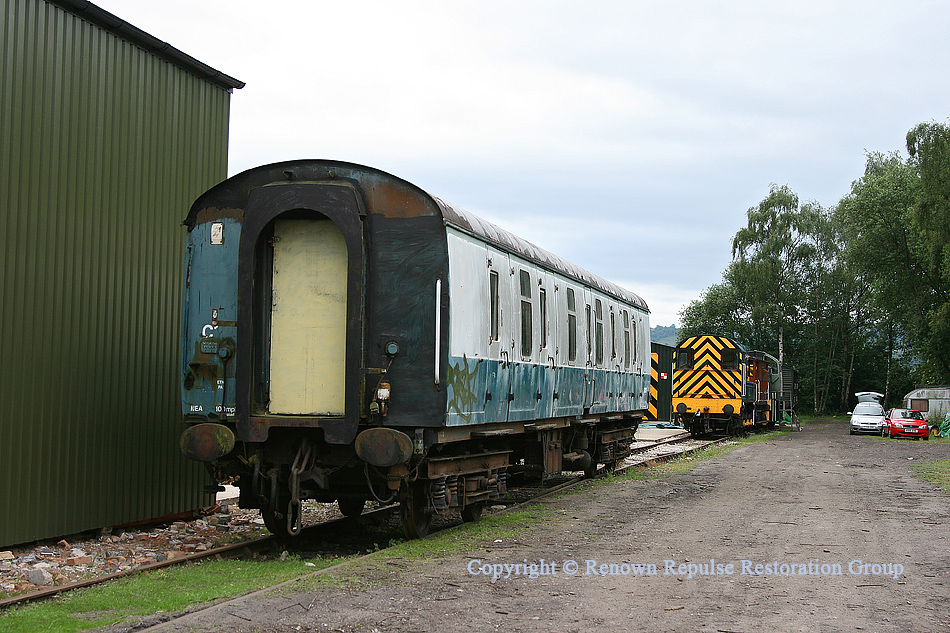 Our second stores van prior to its suspension being exercised. Seen on 4th July 2010 shortly after being moved up to Rowsley from Darley Dale and known within the Group as "BG2". The weekend of 19th and 20th of June saw BG2 filling swing into action. We have been stockpiling pallets and with the aid of Dave's forklift we were soon loading auxilary machines and cylinder heads with ease. Initial weekend saw racking installed and much material relocated. It is ongoing...