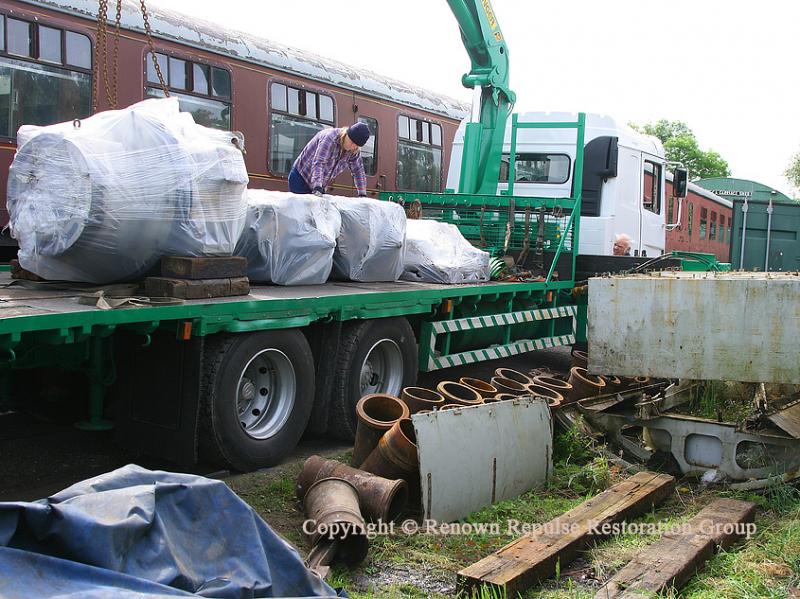 June the 17th, 18th and 19th 2009 were a very hectic few days for RRRG, as we had a massive shuffle round of equipment. Activities started on the 17th June with Scotts Heavy Haulage collecting an ETH/Auxiliary Generator set and two traction motors from Bowers Electrical of Heanor. These machines had been moved to Bowers along with the ETH/Auxiliary generator set that has been overhauled by Bowers for use in 50030. As we had no plans to have any work undertaken on these machines in the near future the decision was taken to move the machines up to Rowsley and free up some space in Bowers workshop. The machines are seen here arriving at Rowsley on the 18th June as preparations are made to unload them. Also seen in the picture are a significant number of old cylinder liners, a roof panel, roof section, and old electrical cubicle, all of which were to be loaded later in the day and sent to C.F Booths for scrapping. 18th June 2009.