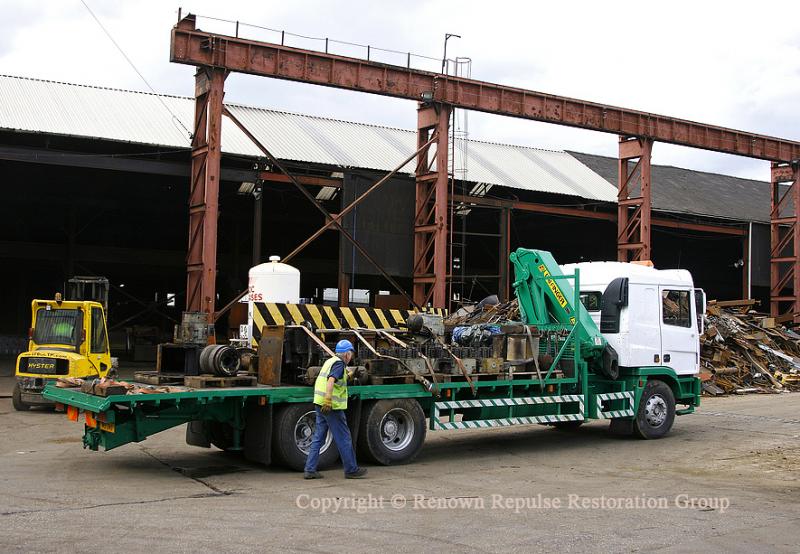 Scotts then took a very well-loaded lorry of scrap to C.F Booths where a complicated weighing exercise took place, ready for the lorry to be reloaded with 17 pallets of spares that we had purchased from C.F. Booths. These included a number of substantial items including an Auxiliary Generator, traction motor blowers, exhausters, etc. Unfortunately the loading process at Rowsley had taken a lot longer than anticipated, resulting in a later than anticipated departure from Rotherham, and we are extremely grateful for the cooperation and assistance of the staff and management at C.F. Booths and Scotts Heavy Haulage. 18th June 2009.