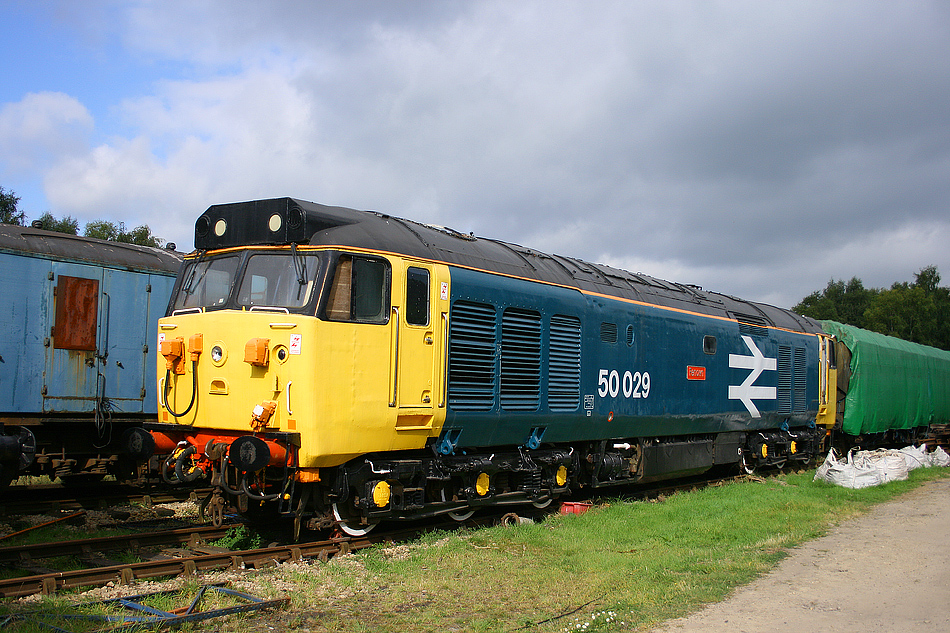 Although no internal restoration work has been undertaken on 50029, a significant amount of work had been undertaken to make Renown look presentable to visitors to Peak Rail. Still looking pristine having made her debut at the diesel gala a little earlier in the year, Renown is seen stabled on 16th September 2007.