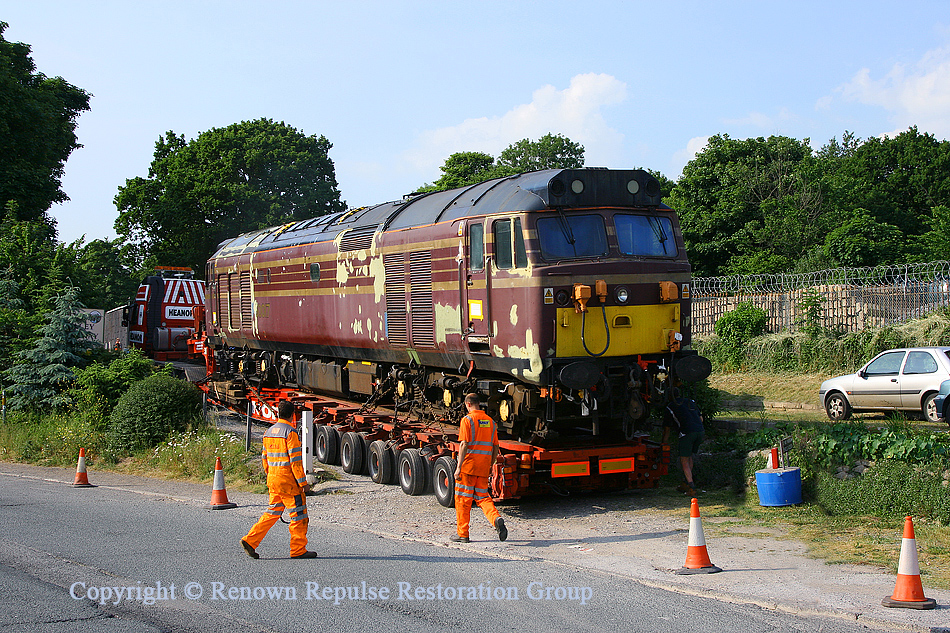 Since arriving at the Plym Valley Railway on the 3rd June 2009 the new owner has spent a fair amount of time on the locomotive which culminated in being fired up for the first time in a while on 1st November 2009 and later moved under its own power. The loco still requires furtehr work to be undertaken to get her running properly and then attention will turn to the bodywork, but it is hoped that 50017 will be running in the summer of 2010.