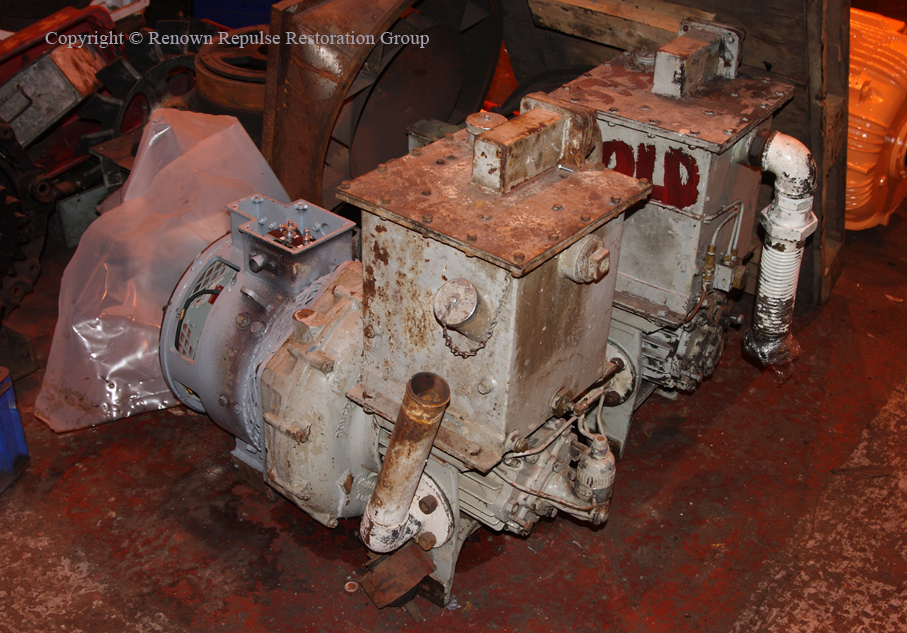 On the 15th December 2010 I paid a visit to Bowers Electrical to view progress on the Exhausters and Motor Blowers that they were in the process of overhauling for us. At the time we had four exhausters in Bowers, two ex class 50 and two ex class 37. The machines are very similar, but are not the same. One of the most significant differences is the positioning of the air pipes to and from the exhauster, and also the lubrication system is different. Both of which can be seen in this picture. The Class 50 machine being closest to the camera. One of the ex class 50 machines was in a very poor state, being a spare that had been obtained with the loco's. We had decided to overhaul this machine using parts from the class 37 exhausters in order to expand our pool of good spares.